Old-timers like me will remember that headline as a joke used by the Johnny Carson character Art Fern to describe a place on the map where the freeway splits. 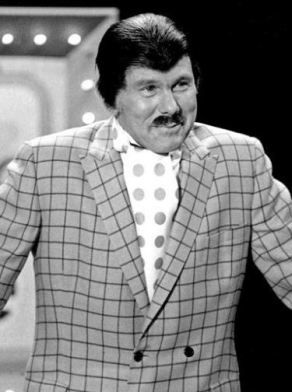 (Younger readers are thinking, “Johnny who???”)

There is a school board meeting tonight at 6:00. The address is 2985 Bear St. in Costa Mesa. The agenda for this meeting was posted last Friday at 1:56 p.m., not long before the legal deadline. But that’s typical. The “Board Meeting Brief,” which is supposed to give folks the key topics to be discussed, was posted yesterday.

That’s business as usual and not the focus of this post. I’m merely pointing out the late notices as an ongoing sign of this administration’s contempt for those members of the community who wish to become involved in district affairs. I’ve mentioned this disrespect to the board twice at public hearings. At one of those meetings, there was even some talk on some moves to provide more notice, but it was just that: Talk.

There are a few important items on the agenda tonight. And though it is listed in the Board Meeting Brief, the superintendent’s Character Trait Award Nominees isn’t one of them.

Don’t get me wrong: The kids are great and I’m happy they are being recognized. But for this super to be handing out awards recognizing “exceptional character leadership traits,” well…

The elephant in the room

The hottest topic in the district is not on the agenda and is probably set for the June 25 meeting.

Between now and then, the trustees must decide whether or how to amend the contract of the current super.  If future behavior is based on past performance, it’s safe to state that each trustee has already made up her mind.

It’s important this time around because next year, three trustees are up for re-election and they will have to explain to voters why they chose to add a year to the super’s contract and (presumably) give him yet another raise when, for example, more district kids failed to meet the 2018 state standard for math than in 2015.

The super owns that one.

The super’s contract amendment – a rubber-stamped item every year in memory except for 2011 when Jeff Hubbard was indicted – is not just about academic performance. The district has never been as poorly managed as it has been over the past few years, which has resulted in a lot of wa$te and in low morale among teachers.

Almost a year ago, I published “The List,” which over time has become the most referenced post of the nearly 800 I have written. Rather than provide a link, I am pasting it below. The List needs more updating than I have done this morning (I need to get to work), but there is more than enough here to help new readers understand why the trustees should not add another year to the super’s contract.

I will be at the meeting tonight and I hope you will, too. 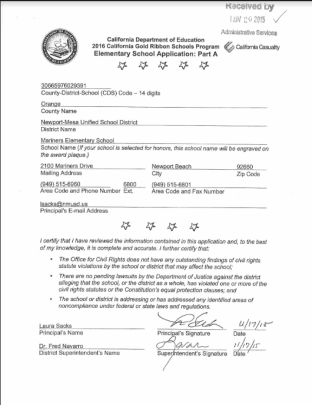 The Mariners Gold Ribbon application co-signed by the superintendent, who has not acknowledged any responsibility.

We’re at a spoon in the road.

6:00 tonight. If you come, make sure your phone is fully charged.