There are seven challengers for four school board seats this year.

In past posts I have provided information on all challengers except Bertha Rodriguez in Area 7 and Paul Hillson in Area 5. That’s because I had no online campaign information on either candidate.

I was just alerted to Hillson’s website, which is https://www.paul4kids.org/home. I have reached out to him to arrange a meeting but have not yet had a reply, Hillson is the only challenger with whom I have not met either one-on-one or through the Newport-Mesa Community for Students.

I still cannot find any online campaign information for Rodriguez but will post that as soon as I do.

What we know for certain is that there will be two new trustees on the board come December. The other two seats are held by incumbents in Areas 2 and 4. I support the challenger in each of these races (Sorry about the bad spacing and line breaks…) 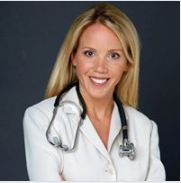 Area 4:  Dr. Gina Nick, an entrepreneur and Newport-Mesa parent who understands that district money needs to be spent on kids, not on lawyers. She has a full grasp of the three key principles required for an effective, efficient school board, which are accountability, transparency, and fiscal responsibility. For more info on Nick, visit: https://www.facebook.com/DrGinaNickNMUSD/

In Area 2 there is Michelle Murphy, who has kids in the district, is an active member of the community and who will be an overdue advocate for advancing education. She also understands the three keys to school board success.

Both will make excellent trustees – better trustees than the incumbents, who are suffering from a severe case of mission drift.

(Information on the other two Areas – those with no incumbents running – will be available shortly.)

That drift was in recently in evidence by yet another attempt by school board club president Vicki Snell to intimidate a speaker at the last school board club meeting. Robert Tyler brought a serious matter to the board’s attention, one concerning the release of confidential student records. In return for exposing what may be a breach in security, Snell chose to position Tyler’s comments as a campaign issue and interrupted him and talked over him.

Tremendous amounts of money are being spent on legal fees. This is – flat out – money that should be going to the education of our children. And yes, every school district has legal fees, but the difference here is that much of the legal fees being spent by this board are unnecessary.

And let’s be clear about one thing: Those legal fees are your tax dollars.

Money is being wasted through repeated bureaucratic bungling that borders on the bizarre. At Estancia High, the pool was drained in preparation for the construction of a new aquatics center. The problem was that no construction contracts were in place and there were no plans to break ground – someone just decided to drain the pool. That cost us $100,000.

Again at Estancia: Massive poles were erected to hold netting to prevent foul balls from a nearby baseball diamond from damaging expensive solar panels. But the district failed to inform nearby residents who loudly protested the presence of the ugly poles just yards from their yards, so to speak. Ultimately, the poles were taken down. That’s a lot of money, wasted, because no one thought things through.

Yes, I know what you’re wondering: Why were the solar panels placed so close to the baseball diamond?… Don’t get me started. 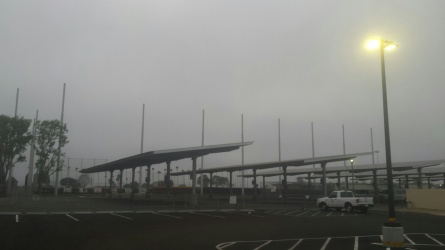 These poles at Estancia were erected, then taken down

There’s more, including the greatest waste of all, which was the money spent on trying to fix Swun Math and the tax dollars spent to launch its replacement. All of that could have been avoided if the board and the administration had listened to the early complaints of teachers.

Listening is at the heart of what is wrong with the N-MUSD. For as long as I have been covering district affairs – and it’s a long time – those in charge have given lip service to the concept of listening.

There are many examples, including the recent changes in public speaker rules which restrict the amount of input, community input that is ignored or overruled, and a failure to ask key questions.

After all, asking a question requires that one listen to the response.