That’s what I predicted for last night’s school board meeting. And that’s almost what we got, but I was wrong.

First, a recap of the usual Groundhog Day proceedings. 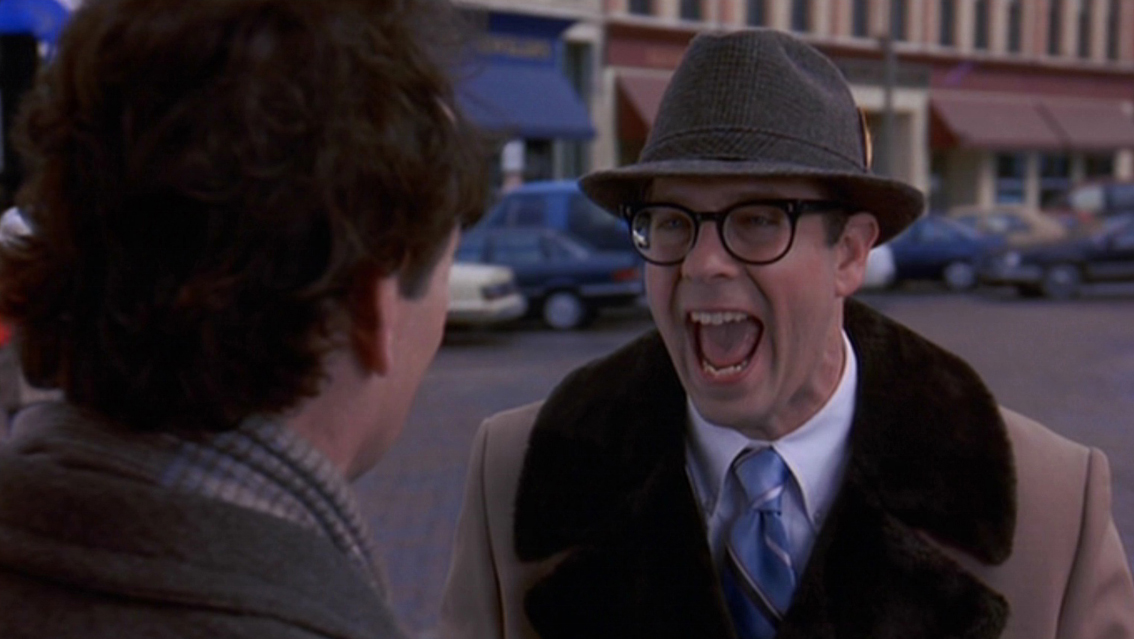 Everything was going as predicted. In the movie, it was 6 a.m. Last night it was 6 p.m. There were the opening ceremonies, the 7-0 vote to approve the minutes, the student and Harbor PTA reports that avoided any hint of a desire to discuss current challenges, the failure of the board to ask students any substantive questions, the residents in the beef box, and the unanimous approval of everything staff recommended on the calendars.

One district official who is making about $250K in salary and compensation was introducing “The kindergarten teachers that will be…” For that kind of taxpayer dough, I expect better use of the language.

There was an extended discussion on bus transportation. Asst. Supt. Paul Reed was explaining to the board that the program costs about $6 million dollars a year against revenues of about $170,000 from fees. There was a mention of the CNG buses and Trustee Vicki Snell asked what “CNG” meant.

Facts you need to know:

1) All of the costs cited for the other districts are higher than N-MUSD. No Trustee asked Reed which districts, if any, are lower.
2) I did the math. It costs about $1304 per student to take them to school and back. At the current fee schedule, the 1/3 of the students who pay full price are getting an approximately 86% subsidy. But 2/3 of the riders pay far less or nothing.
3) There was no mention of any comparison with other districts. What they charge has little relevancy unless we know the cost of their program. Huntington may charge $448 but perhaps their costs are twice as much as ours. But we may never know because not one Trustee thought to ask this question.
4) There was no information or discussion on the breakdown of the $6 million taxpayers pay. How much is for salaries and benefits? How much for maintenance? How much for fuel? How much for administration?
5) That pesky best practices… We are not the only district operating its transit system in the red. Maybe some are making a profit. But there was no best practices discussion last night.

So instead of any meaningful public discussion, what taxpayers got was more lightweight leadership: People who mean well, but do not have the business, financial or administrative background to do the deep dive required for an informed decision; people who don’t like confrontation and avoid it at the expense of taxpayers.

And I know what you’re thinking… What about the superintendent? Surely, as the highest paid official in the district he would have some substantive input on this budget buster? No, he did not. Perhaps he will contemplate a solution on his way to and from his home in Long Beach.

There were lightweight questions, too. CNG was bad enough, then Dana Black asked about how the fees were paid and about some specifics on the routes.

In the end, there was some discussion of a study session.

(Trustees: Feel free to take my list of questions. And please demand more of the highly paid staff – they should have had a much more complete picture of the transportation situation to present to you last night. This presentation was disappointing at best, and skating at worst.)

It’s just a hunch, but I believe Reed was trying to tell the board that raising fees is going to help a little, of course, but not enough. And he also indicated that wasn’t much more they could do operationally. I believe he was trying to tell the board that the transportation area they need to cut, the one that is sucking up the most taxpayer dollars is… Well, I don’t want to spoil his fun. Let’s just say the Trustees will have some tough decisions coming up.

OK, so then we get to the discussion of a resolution to approve findings that the planned sports complex at CMHS has a less significant impact on the environment yada, yada, yada.

Foley wanted to talk about this. She wanted to know about the process for adjustments in the plans. Reed indicated that they could approve this resolution and still do what Foley indicated but she wasn’t buying it and she was the lone dissenter on the 6-1 vote to approve the resolution.

Oh, I’m sorry – did I write Foley? Sorry, I meant Snell. It’s just that it has been so long since there was a dissenting vote that I got my old and new Trustees mixed up.

Snell did not vote against the resolution just to be difficult or different. Something about the process did not seem right to her and she could not in good conscience vote for the resolution. Good for her.

I stayed for a couple of Trustee reports, then had to leave. It would be nice here instead of telling taxpayers what they did the last two weeks to tell taxpayers how they plan to reduce costs, increase revenue, or improve academic performance. That goes for the super, too.

But, that requires leadership.

Next Groundhog Day – sorry, school board meeting – is May 26.